Effect of LED lamp on the LED display

Effect of LED lamp on the LED display

The key components of full-color display screen is LED lamp.

First, LED is the use of full color machine in the largest number of key devices, per square meter will use thousands to tens of thousands of LED;

Second, LED is the entire screen optical display performance directly affects the evaluation subject, the audience on the display screen;

Third, LED display in the overall cost in the largest proportion, ranging from 30% to 70%.

How to identify the advantages and disadvantages of LED display lamp

A look at the spot. LED lamp LED lamp with the regular manufacturers with using SMT SMD technology, used in the production of solder paste and reflow process

Two, look at the quality of FPC. FPC copper and rolled copper two, copper clad plate of copper foil is protruding, take a closer look can look out from the connection pads and FPC

Four, look at the chip and production process of LED lamp, with the eyes do not see the difference, with the aging equipment and testing equipment if you put a few manufacturers of LED on aging instrument with high current aging for 24 hours or longer, you can go to the measurement of several manufacturers of LED brightness, see the LED light the intensity attenuation is the smallest, the best quality, the lowest attenuation.

What are the effects of LED on the LED display lamp

1, from the perspective of

The composition of the pixel full-color display consists of thousands or even hundreds of thousands of red, green, blue three LED, invalidation of any color LED will affect the overall visual effect of display. Generally speaking, according to the experience, in the LED display to start assembling the aging 72 hours prior to shipment of the failure rate should not be higher than 3/10000 (refer to the failure of LED lamp itself causes).

LED is a semiconductor device, static sensitive, extremely easy to cause the electrostatic failure, antistatic ability is very important to display life. In general, the test body static mode LED failure voltage should not be less than 2000V.

The theory of life of LED devices for 100000 hours, far more than other parts of the LED display's working life, so long as the LED device, quality assurance, suitable working current PCB cooling design, screen production process is rigorous, LED devices will be one of the most durable components in the display screen.

Full color display pixels together by numerous red, green, blue LED composition, consistency of brightness, wavelength of each color of the LED determines the display brightness uniformity, white balance, color consistency, consistency. In general, manufacturers require the supplier to provide the 5nm display device and the wavelength range of the brightness of the 1:1.3 range of LED, these indicators by component suppliers by spectrophotometric color grading machine to. The consistency of voltage generally do not require.

Because LED is a point of view, it has the same color LED display angle, namely from different viewing angles, its brightness is increasing or decreasing. So, red, green, blue three colors LED point of consistency will seriously affect the consistency of the different aspects of white balance, directly affect the fidelity of color video display. To achieve consistent matching red, green, blue three LED brightness in different angle changes, the need for strict scientific design in the choice of raw materials, packaging lens design, depending on the package supplier technical level. The normal direction of the white balance and good display, if the angle of the LED consistency is not good, the white balance effect of different angles of whole screen will be bad. Measured LED bulb angle consistency properties available LED angle tester, for high-end display, is particularly important. 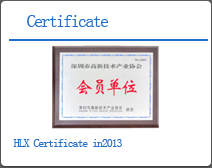 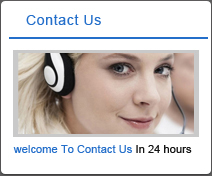